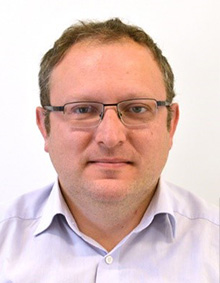 Dr. Dima Course completed his PhD dissertation in Political Science at Bar-Ilan University (Israel). He was awarded Presidential Scholarship to conduct his Dissertation on "Ideological and Political Currents and their Influence on the Design and Implementation of Russian Foreign Policy in the 2000s". After graduating International Relations\Strategy BA degree in 2007, in 2010 he completed a MA study on "Russian Nuclear Policy towards Iran (1996 â 2008)" (with distinction).

In 2018 â 2020 Dr. Course served as an Israeli diplomatic envoy. First, as a 2nd Secretary in the Israeli Embassy in Kyiv, Ukraine. Later as a 1st Secretary of the Ministry of Foreign Affairs and the Director of the Israeli Cultural Center â NATIV in Chisinau, Moldova. Earlier, he held a position of adjunct lecturer in the University of Ariel.

His latest research is dedicated to the phenomenon of quasi-independent foreign policy of the Republic of Chechnya under Ramzan Kadyrov. [the paper is in process of editing and is expected to be submitted to academic journal in the nearest future]. His current research focuses on the bilateral cooperation of Russia and Israel in Syria, since the outbreak of the Syrian Civil War and the increase of Russian intervention.