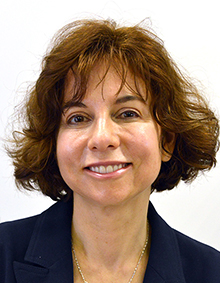 Alexandra Gheciu is a Professor at the Graduate School of Public and International Affairs, and Associate Director of the Centre for International Policy Studies, University of Ottawa, Canada. Her research interests are in the fields of international security, international institutions, Euro-Atlantic relations, global governance and the liberal order, the Global Right, state (re)building, and International Relations theory.

Alexandra Gheciu is the winner of several national and international awards, including, most recently, the 2022 MINDS senior research fellowship offered by Canadaâs Department of National Defence (in collaboration with the NATO Defence College).

Prior to joining the University of Ottawa, she was a Research Fellow at the University of Oxford, and a Jean Monnet Fellow at the European University Institute, Florence. She has also been a Senior Research Associate with the Changing Character of War Programme (Oxford University), a Visiting Professor at Sciences Po, Paris and the Ca' Foscari University of Venice, and is an Associate Fellow of the Royal United Services Institute for Defence and Security Studies (RUSI, London). In addition, she has served as Associate Editor for the journal Security Studies, and is currently an editorial board member for the European Journal of International Security; Security Studies; Contemporary Security Policy; Politics, Anthropological Research, International problems and Social Sciences.

Alexandra has also written several policy briefs and has been involved in numerous briefing sessions with Canadian, British and American policy-makers as well as European Union (EU), NATO and OSCE (Organization for Security and Cooperation in Europe) officials.
She is currently working on several research projects on international security and the evolution of the EU in the 21st Century.