This website uses cookies to ensure we can provide you with the best browsing experience.
x
NDC - Organization NDC Web site - Organization Partnership for Peace Fellow 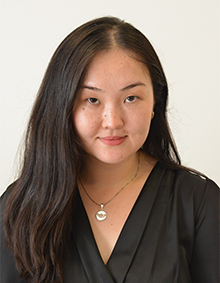 Dr. Almakan Orozobekova holds her PhD degree from the Albert-Ludwigs-University of Freiburg in Germany. She worked as a doctoral researcher at the Max Planck Institute for Social Anthropology, Research Group How ‘Terrorists’ Learn. Also, she was a doctoral fellow at the Geneva Centre for Security Policy and a visiting scholar at the Department of International Politics of the City University of London.

Previously, Almakan did her internships at the OSCE Conflict Prevention Centre in Vienna and at the Western Countries Department of the Ministry of Foreign Affairs of the Kyrgyz Republic in Bishkek.

She is a graduate of the Geneva Centre for Security Policy, University of Geneva, OSCE Academy, and International University of Central Asia.