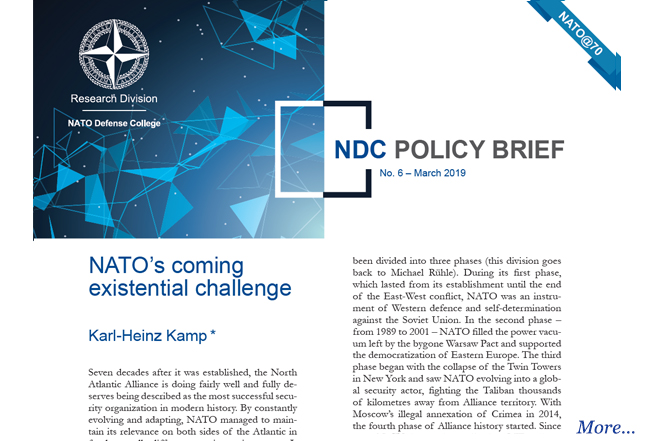 Seven decades after it was established, the North Atlantic Alliance is doing fairly well and fully deserves being described as the most successful security organization in modern history. By constantly evolving and adapting, NATO managed to maintain its relevance on both sides of the Atlantic in fundamentally different security environments. It preserved the territorial integrity of its members during the Cold War and was crucial for bringing down the Iron Curtain. It helped to bring peace to the Balkans and prevented Afghanistan from once again becoming a breeding ground for jihadist terrorism. Since Russia’s return to revanchist policies in 2014, NATO again guarantees the freedom and security of its members in the East.

In the long term though, NATO faces an almost existential problem, as it will be difficult to maintain its relevance for the United States as the dominant power within the Alliance. This will be less a result of the current president’s erratic policy than of the geostrategic reorientation of the US away from Russia and towards China. NATO will also have to fundamentally alter its geographic orientation to avoid falling into oblivion.