This website uses cookies to ensure we can provide you with the best browsing experience.
x
NDC - News- The NDC celebrates the 70th Anniversary of the Alliance

The NDC celebrates the 70th Anniversary of the Alliance

On the occasion of NATO’s 70th anniversary, the NDC is holding a major event on Thursday 11 and Friday 12 April. 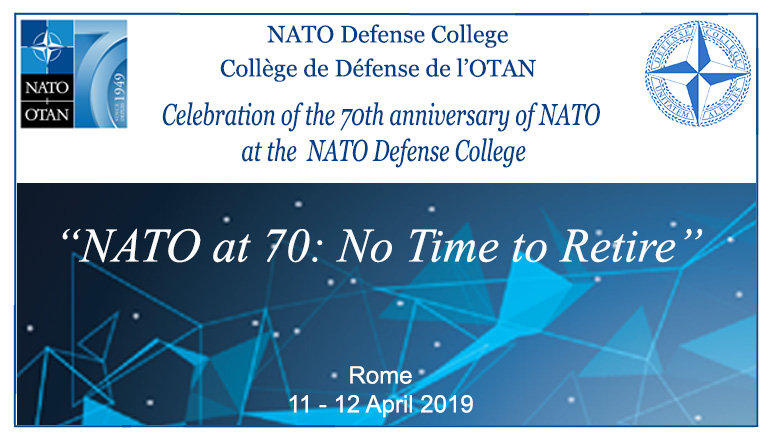 After the official dinner on Thursday, the NDC will host a high-level conference entitled “NATO at 70: no time to retire”.

The conference will feature a mix of high-ranking NATO officials, representatives of member states and partner countries, and scholars, for a series of panels on NATO’s current and future policies and challenges.

The event is by invitation only.