This website uses cookies to ensure we can provide you with the best browsing experience.
x
NDC - News- International Conference – “NATO at 70: no time to retire”

International Conference – “NATO at 70: no time to retire”

On 11 and 12 April, 2019, the NATO Defense College held an international conference to celebrate the 70th anniversary of the Atlantic Alliance. On Thursday 11, April, the event started with an opening dinner hosted at the Casina Valadier in the Villa Borghese, where former NATO Secretary General Anders Fogh Rasmussen delivered the keynote speech. 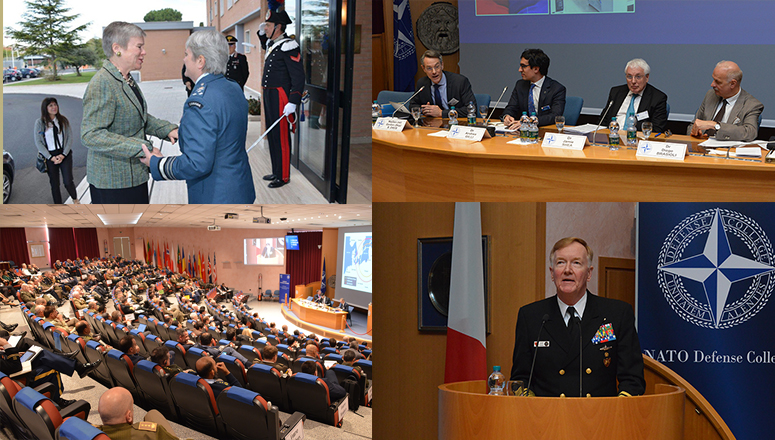 The event brought together more than 200 participants from the NDC Senior Course (SC) and Regional Cooperation Course (NRCC), the Italian ministries of foreign affairs and defence, Ambassadors and other members of Rome-based diplomatic representations, and the think tank and academic communities.