This website uses cookies to ensure we can provide you with the best browsing experience.
x
NDC - News- New RD Publication: <i>Building the airplane while flying: adapting NATO’s force structure in an era of uncertainty </i> 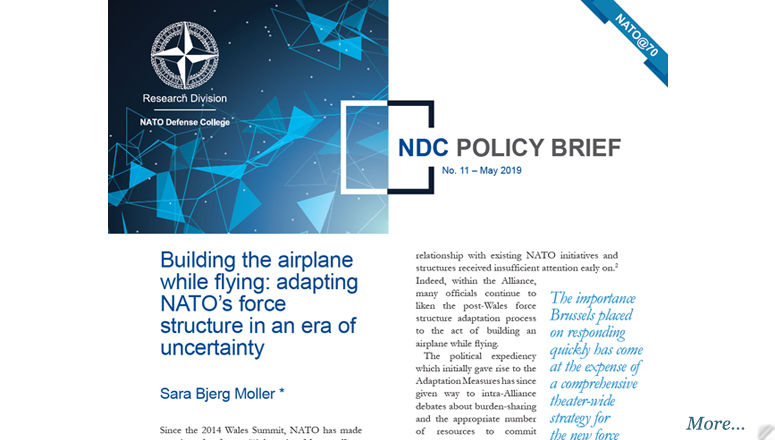 Since the 2014 Wales Summit, NATO has made a series of reforms (“Adaptation Measures”) to the NATO Force Structure (NFS), the pool of conventional national and multinational forces and headquarters placed at the Alliance’s disposal on either a permanent or temporary basis.1 Designed to strengthen NATO’s long-term military posture and enable quick response to emergencies wherever they arise, the post-2014 initiatives constitute the most ambitious attempt at modernizing the NFS in a generation.

While NATO deserves praise for the speed with which it reacted to security developments on its Eastern flank in recent years, the importance Brussels placed on responding quickly has come at the expense of a comprehensive theater-wide strategy for the new force structure. Because the new Adaptation Measures were adopted largely on an ad hoc basis, with different framework nations often taking the lead, the question of their relationship with existing NATO initiatives and structures received insufficient attention early on.2 Indeed, within the Alliance, many officials continue to liken the post-Wales force structure adaptation process to the act of building an airplane while flying.

*(back) Assistant Professor at the School of Diplomacy and International Relations at Seton Hall University. She was an Eisenhower Fellow at the NATO Defense College between September and December 2018.