This website uses cookies to ensure we can provide you with the best browsing experience.
x
NDC - News- NATO and CSDP: party and public positioning in Germany and France

NATO and CSDP: party and public positioning in Germany and France 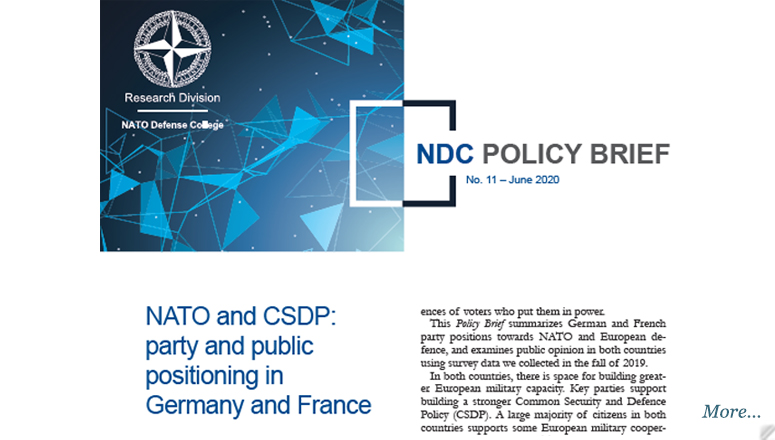 On the eve of NATOâs 70th anniversary, French President Macron called NATO âbrain deadâ while advocating for increased European defence capacity, possibly alongside NATO rather than through it. The German reaction was cold. Defence Minister Kramp-Karrenbauer responded: âIf we reinforce Europeâs defence, we have to reinforce the European presence within NATOâ.1 Which path is the future of European security likely to take, and do elites and the public see these paths as mutually exclusive?

Considering domestic politics is essential when thinking about the future of European security and defence. Governments of differing political outlooks shape policy agendas. The political parties that form governments, in turn, are constrained by the preferences of voters who put them in power.

This Policy Brief summarizes German and French party positions towards NATO and European defence, and examines public opinion in both countries using survey data we collected in the fall of 2019.