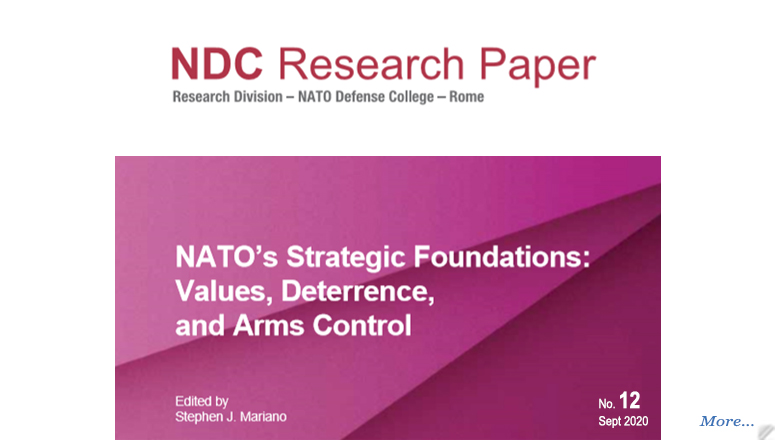 Celebrations and criticisms were offered in nearly equal measure during NATOâs 70th Anniversary year in 2019.1 On one hand, credit was given to the longest-enduring Alliance in memory but on the other, criticism was heaped onto the Allianceâs eroding political unity. For every compliment on NATOâs success â enlarging the community of liberal democratic members, for example â there was a critique of NATOâs feckless approach to Russian aggression, or the Allianceâs eroding cohesion.2 Not for the first time in its history, NATOâs relevance was called into question and the organization was even accused of being âbrain deadâ.3

This Research Paper was drafted with the notion of relevance in mind; not only the Allianceâs relevance in dealing with contemporary collective defense issues, but also the ability of the NATO Defense College to produce future senior leaders who can rise to the challenge of increasingly complex security dilemmas.