Autumn 2020 edition of the Russia Seminar

On 18 and 19 November, Course Members of Senior Course 137 took part in a âblended â version of the Russia Seminar at the NATO Defense College. 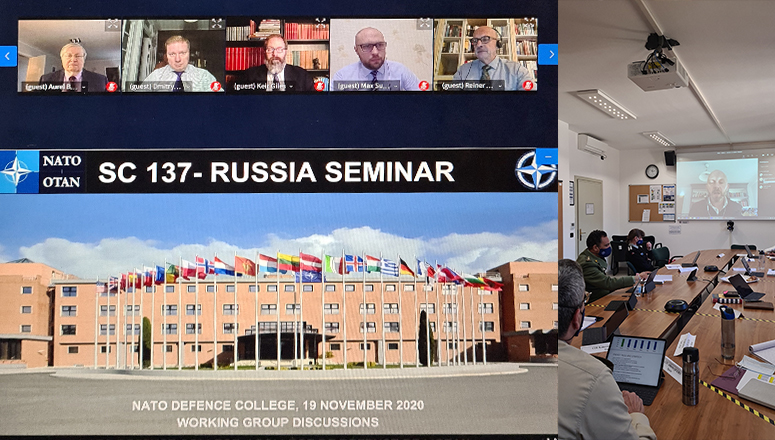 Issues such as Russiaâs domestic and foreign policy, Russia-China relations, Russia in the Middle East, Russia partners, the Russian Economy, COVID-related issues, and Russian military development, were discussed during the afternoon question and answer session.

Course Members were provided a wide array of perspectives on this most fascinating country. The discussions prepared and placed them in good stead for the working groupsâ discussions that took place the day after, with the assistance of the same six mentors, who rotated among the groups.

The final exercise consisted of a feedback session on working groupsâ discussions and mentorsâ comments. The exercise concluded this 2020 edition of the Russia Seminar, a significant academic event at the NDC.