This website uses cookies to ensure we can provide you with the best browsing experience.
x
NDC - News- Roman Banya 2021: The two Russian Flanks

On 28 January, the Research Division of the NATO Defense College hosted a webinar on âThe Two Russian Flanksâ. This was the fourth event from the Roman Banya series, which explores developments in Russian affairs and their implications for NATO. 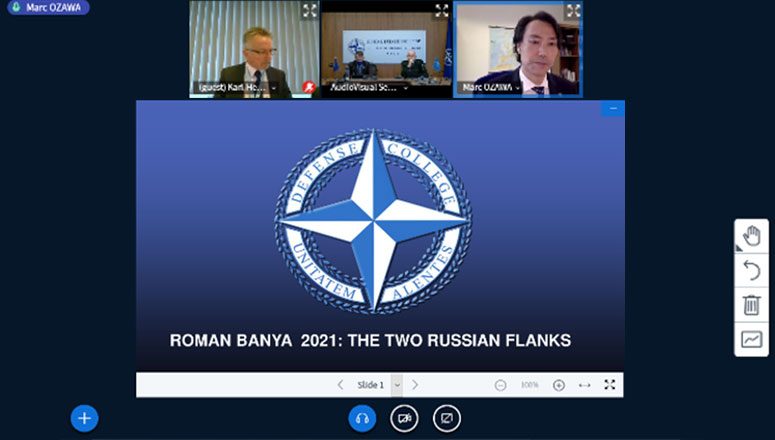 The event consisted of two panel discussions comparing âarms control and defence posturingâ on NATOâs Eastern Flank with Russiaâs growing presence on NATOâs Southern Flank. The Commandant and Dean of the NATO Defense College offered opening remarks that helped to frame the discussions, while the Director of the Research Division closed the event with an assessment of the exchanges. The speakers and participants represented a diverse range of Russian and MENA region experts from academia, NATO, think tanks and national representatives. Additionally, authors of the forthcoming NDC Research Paper on Russia and the MENA Region gave a preview of the publication.