This website uses cookies to ensure we can provide you with the best browsing experience.
x
NDC - News- Italian Day at the NATO Defense College 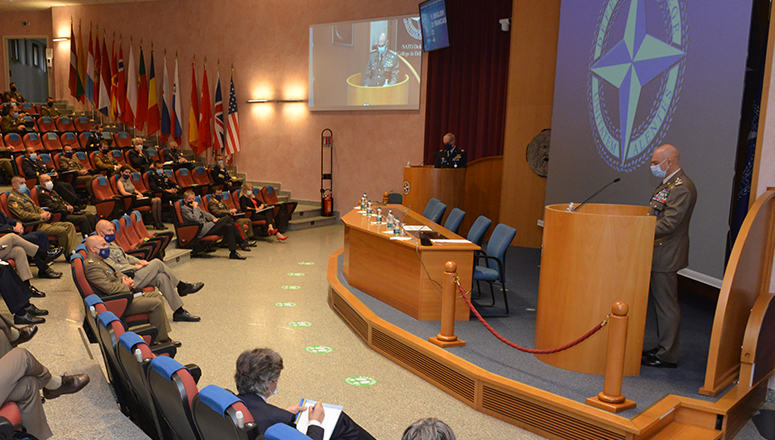 After signing the guest book and the office call, they opened the dayâs sessions.

âYour first Field Study is about the European Security Perspective, and what a better way to start than to be provided insights from our charming host nation: Italy,â said LGEN Rittimann in his welcome remarks.

LGEN Portolano then gave his speech wherein he thanked the Commandant for the opportunity to inaugurate Italian Day. He stated that âthis prestigious institute is an essential element of the Atlantic Alliance. As one of the most important Colleges in the world in the domain of military studies, the presence of the NATO Defense College here in Italy since 1966 is a great source of pride for the Italian Armed Forces.â

The next session by Counsellor Alessandro Cattaneo, from the Italian Ministry of Foreign Affairs, was on âNATO: current adaptation and Italian prioritiesâ, followed by a Q&A session, during which Course Members posed many interesting questions.

After a short break, two very insightful presentations were given, the first one on âElements and strategic perspective of the Italian Defence Policyâ, by Rear Admiral Luca Conti, from the Italian Minister of Defense, and the second on âNational Commitments in the actual strategic context,â delivered by Major General Luigi Del Bene from the Italian Joint Operations Headquarter â COVI.

Last but not least, a final lecture on âChallenges of Contemporary Terrorism: The Italian Experienceâ was led by Dr Ezio Gaetano from the Italian Minister of Interior - Italian Police.