This website uses cookies to ensure we can provide you with the best browsing experience.
x
NDC - News- Challenges to NATOâs nuclear strategy 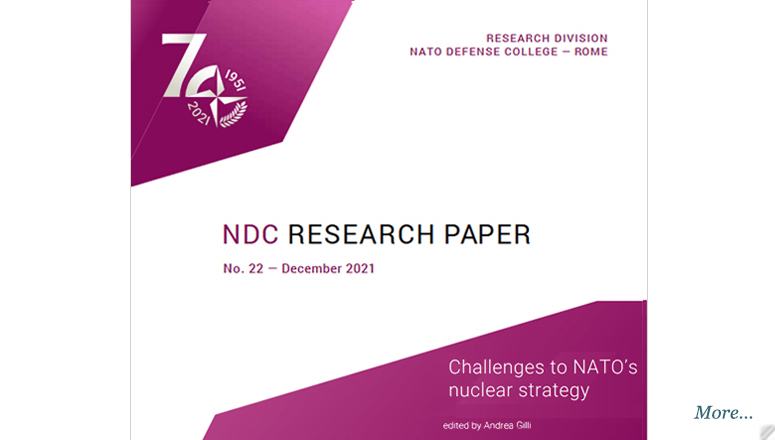 Andrea Gilli and Jessica Cox
In 2022, NATO will present its new Strategic Concept. Since 2010, when the previous Strategic Concept was published, NATO and the world have changed significantly. At the time, NATO was primarily engaged in crisis management, including in operations in Iraq and Afghanistan. The Strategic Concept enabled the Alliance to further expand âconceptually and geographically â its out-of-area activities, together with the core tasks of cooperative security. Eleven years later, the dominant paradigm of international politics is great power competition: in other words, countries like Russia and China are competing with the West strategically, economically, militarily, and in terms of values. Many things have remained constant, however: one is the centrality of nuclear weapons for NATOâs deterrence and defence posture. Since 2010, Allies have continued to affirm that as long as nuclear weapons exist, NATO will remain a nuclear alliance, notwithstanding the Allianceâs ultimate goal of a world free of nuclear weapons.

The 2020 edition of the Early-Career Nuclear Strategists Workshop, which took place at the NATO Defense College while NATO was involved in its 2030 Reflection Process, addressed some of the key issues which NATO and its Allies will have to tackle as they consider the Allianceâs future nuclear weapons policy and posture.