This website uses cookies to ensure we can provide you with the best browsing experience.
x
NDC - News- Future Leadersâ Conference on âNATO and the New European Security Environmentâ

On 17-18 March 2022, the NATO Defense College Research Division held the first edition of its Future Leadersâ Conference. The event brought together 30 young scholars and policy-makers in order to generate analysis on NATOâs forthcoming Strategic Concept in one of the most troubling times since the Second World War, as well as to encourage a strategic analysis of NATOâs current role and agenda among the younger generation of policy analysts. 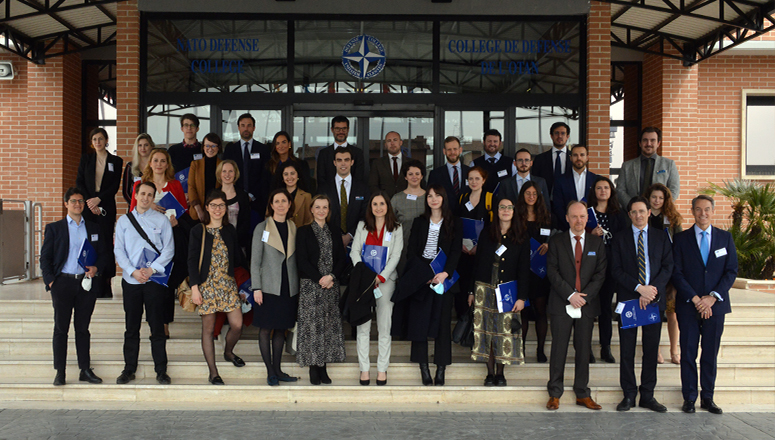 Participants were then divided into six working groups, each tackling one of the issues considered in NATOâs forthcoming Strategic Concept (Deterrence and Defence; Crisis management; NATO-EU relations; Emerging and Disruptive Technologies; Climate change; and China). The Conference concluded with an Oxford-style Debate aimed at generating further analysis on NATOâs future challenges.