This website uses cookies to ensure we can provide you with the best browsing experience.
x
NDC - News- The war in Ukraine and the future of Russia-China relations

The war in Ukraine and the future of Russia-China relations 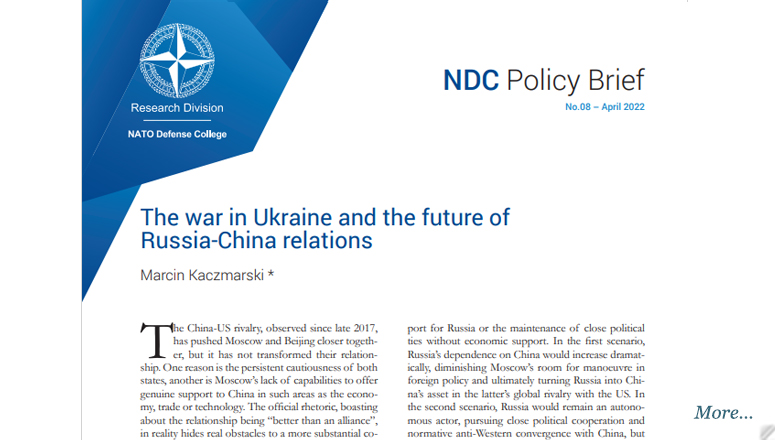 The China-US rivalry, observed since late 2017, has pushed Moscow and Beijing closer together, but it has not transformed their relationship. One reason is the persistent cautiousness of both states, another is Moscowâs lack of capabilities to offer genuine support to China in such areas as the economy, trade or technology. The official rhetoric, boasting about the relationship being âbetter than an allianceâ, in reality hides real obstacles to a more substantial cooperation.

The first âpost-pandemicâ in-person meeting between Vladimir Putin and Xi Jinping on 4 February 2022 seemed to have opened the new era in Sino-Russian relations. The joint communication was unusually ideologised, with both states claiming their democratic traditions. China offered support for Russiaâs âlegitimate security concernsâ in Europe and opposed further NATO enlargement. Russia reciprocated by supporting China in Asia. The slogans of the relationship having âno limitsâ or no âred linesâ dominated the post-summit narratives.

* (back) Lecturer in Security Studies, School of Social and Political Sciences, University of Glasgow.