This website uses cookies to ensure we can provide you with the best browsing experience.
x
NDC - News- SC140 Field Study in Washington, DC: 9 May 2022

Washington, DC was the first stop on the transatlantic trip, which included a truly insightful visit to the US Department of Defense, in the Pentagon. 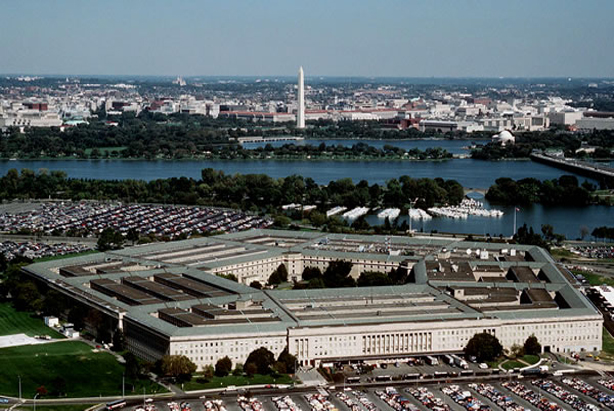 In his opening remarks, Col. Lance Varney welcomed everyone and introduced the panel discussion organized for the occasion, which was focused on US national security at the strategic level. The objectives of the day were to gain a better understanding of key national security concepts, defence diplomacy, US policy decisions affecting European security, and contributions made by the US Joint Staff to both US and NATO security interests.

Speaking under the Chatham House rule, panellists first made their remarks, followed by a discussion and a Q&A session.

The first lecturer was Mr David Fabrycky, from the National Security Council, responsible for advising the President, National Security Advisors and other senior White House staff, and for coordinating inter-agency policies related to international relations and to NATO in particular. Mr Fabrycky began by stressing that the US condemned the unprovoked aggression of Ukraine by Russia and strongly supported the North Atlantic Alliance. He then focused his briefing on China, which he explained could be considered as a long-term challenge not only in the military field but also in a multidimensional context, with hybrid warfare and the cyber domain being the most prominent areas of concern.

Subsequently, SC140 Course Members were given a US State Department perspective by Ms Kami Witmer, based on her 20 yearsâ diplomatic career with postings in various countries around the world. In her speech, Ms Witmer condemned the Russian invasion of Ukraine and remarked on the importance of contributions made by the Alliance and its member countries. She outlined how the geostrategic environment had changed over recent months, not only as a result of Russian behaviour but also in view of the increasing challenge posed by China, and emphasized that the Strategic Concept must be adapted to the threats NATO will face over the next 10 years, and supported by economic investments.

The following speaker was Mr Marc Jones, from the Office of the Secretary of Defense, a specialist in NATO-related policies working on international security strategies and policies relevant to the Departmentâs interests and relating to the nations and international organizations of Europe. He underlined the importance of US-NATO relations and of relations with the European Union, which have intensified over the last few months.

The last panellist to take the floor was Rear Admiral Oliver T. âOllieâ Lewis, who serves as the Deputy Director for Political-Military Affairs (Europe, NATO, Russia) on the Joint Staff, which proposes strategies, plans and policy recommendations to the Chairman of the Joint Chiefs of Staff across the full spectrum of national security concerns, for submission to the President and other national leaders. In his lecture, Admiral Lewis remarked that NATO is the most important Alliance in the Euro-Atlantic area, and that investments play a crucial role in ensuring it remains effective. His briefing was followed by a truly engaging Q&A session.

Before leaving the Pentagon, the group was able to tour the impressive building. Later, Col. Scott Wilson, from the Joint Staff, moderated a discussion with the NDC delegation that served as a useful recap of the topics addressed during the morning session.

In the evening, the US Marine Corps (USMC) Commandant, General David H. Berger, invited the Senior Course to the historic Marine Barracks for an outstanding reception. The very cordial event provided many opportunities to meet with representatives of the USMC, representatives of the Embassies in Washington DC, as well as NDC Anciens and National Defense University graduates.