This website uses cookies to ensure we can provide you with the best browsing experience.
x
NDC - News- SC140 Field Study in New York: 12 May 2022

The last stop on the Senior Course 140 Field Study to the US was a visit to the United Nations Headquarters in New York City. 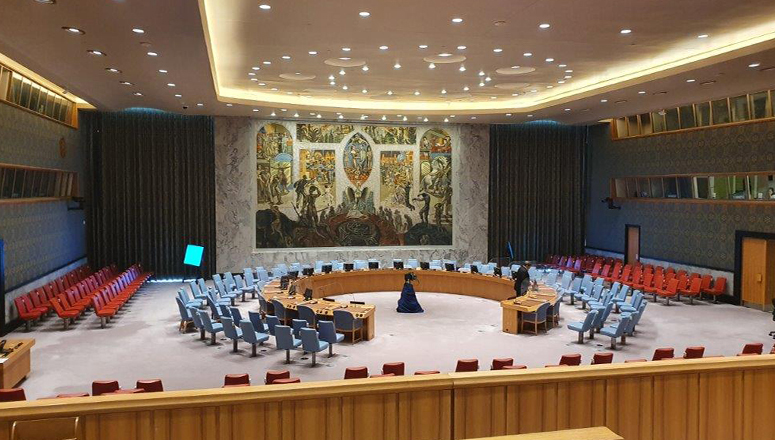 The NDC delegation was warmly welcomed by the Permanent Mission of Norway to the United Nations, represented by the Deputy Permanent Representative, Ambassador Trine Heimerback, who gave an overview of the work carried out by the UN Security Council and explained how Norway contributes to these activities.

The discussion then focused on the Russian invasion of Ukraine, which was officially condemned at the UN. Ambassador Heimerback also highlighted the importance of maintaining dialogue with Russia, as defence, deterrence and dialogue would be the keys to solving the issue at hand.

Other topics addressed by Ambassador Heimerback were Syria, Afghanistan and dialogue with the Taliban, food programmes, with special emphasis on Ukraine, and international cooperation, in particular with regard to NATO and Finland’s pivotal decision to apply for NATO membership. A Q&A session followed.

The second presentation was led by Colonel KÃ¥re Emil BrÃ¦ndeland, currently serving as the Military Advisor to Norway’s Permanent Representative to the UN, as part of the Security Council Team. His presentation was mainly focused on peacekeeping operations and on the contribution made in that respect by Norway, with active participation in three missions (UNTSO Middle East, UNMISS South Sudan and MINUSMA in Mali). Colonel BrÃ¦ndeland also outlined the reform project for peacekeeping operations, aimed at better countering new challenges in the future.

The second part of the discussions started with a presentation given by a high-level speaker, General Birame Diop, Military Advisor for the Department of Peace Operations (DPO). In his speech, General Diop underlined how peacekeeping operations continue to evolve in order to adapt to new challenges: from observing missions to multidimensional operations, assuming more responsibilities and more complex tasks, including human rights, security sector reforms, humanitarian assistance, and involving not only military but also civilian subject matter experts.Â  In this new context, peacekeepers often have to work in a hostile environment, without any support from the Host Nation and confronted with non-conventional warfare as well as misinformation, discrediting information, antagonistic campaigning and social media propaganda complicating relations with the local population.

In the following presentation, Colonel Stephanie J. Tutton, currently seconded to the United Nations Office of Military Affairs as the Chief of Policy and Doctrine, provided information about the UN authority and command and control structure, and went on to provide an overview of UN peacekeeping principles as well as insightful facts and figures on peacekeeping. Colonel Tutton concluded her speech by outlining future challenges in the peacekeeping field.

The other distinguished briefers on the UN visit, all working at the Office of Military Affairs, were Lieutenant Colonel Ismael Andres, Planning Officer for the Military Planning Service; Colonel George Sam, Chief Assessment Team; and Commander Vladimir D. Jevtic, Military Performance Evaluation Team, who described their tasks and responsibilities in supporting peace operations.

All speakers provided Course Members with an excellent opportunity to learn more about the complex environment surrounding UN peacekeeping operations and the work done at the United Nations. The fruitful and in-depth Q&A period with these senior UN officials was a clear indication that the visit had been a unique way for Senior Course 140 to gain invaluable insight into UN politics and strategic challenges. Course Members then concluded their visit to New York with a tour of UN Headquarters.