This website uses cookies to ensure we can provide you with the best browsing experience.
x
NDC - News- How Russia fights 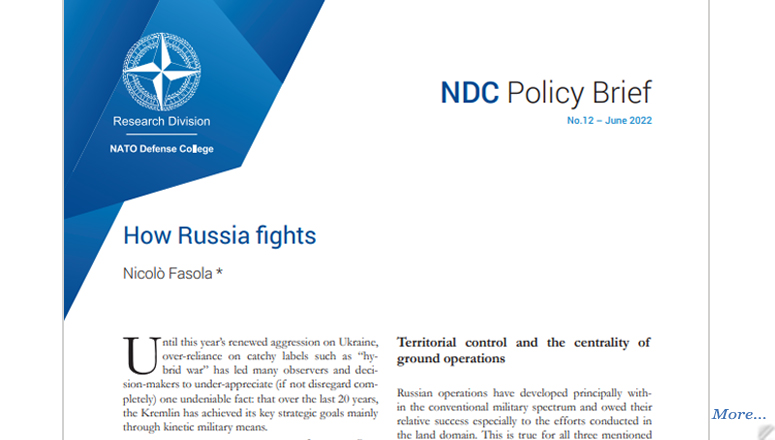 Until this yearâs renewed aggression on Ukraine, over-reliance on catchy labels such as âhybrid warâ has led many observers and decision-makers to under-appreciate (if not disregard completely) one undeniable fact: that over the last 20 years, the Kremlin has achieved its key strategic goals mainly through kinetic military means.

Notwithstanding a weak tactical performance, Russia won the 2008 âAugust warâ against Georgia in only five days and successfully imposed its own regional settlement. In 2014, the annexation of Crimea, while supported by the promotion of favourable socio-political conditions, was carried out and secured militarily; even more so in the Donbas campaign, where Russian propaganda suffered from serious limitations. Finally, the role of the Russian military in Syria beginning in 2015 was evident, albeit frequently reduced solely to the use of the Aerospace Forces.