This website uses cookies to ensure we can provide you with the best browsing experience.
x
NDC - News- Chief of Space Operations of the United States Space Force Visits the NDC

On 11 July 2022, the NATO Defense College (NDC) welcomed the Chief of Space Operations of the United States Space Force, General John W. "Jay" Raymond, and a delegation of 11 members. The aim of the visit was to deliver a Lecture of Opportunity. 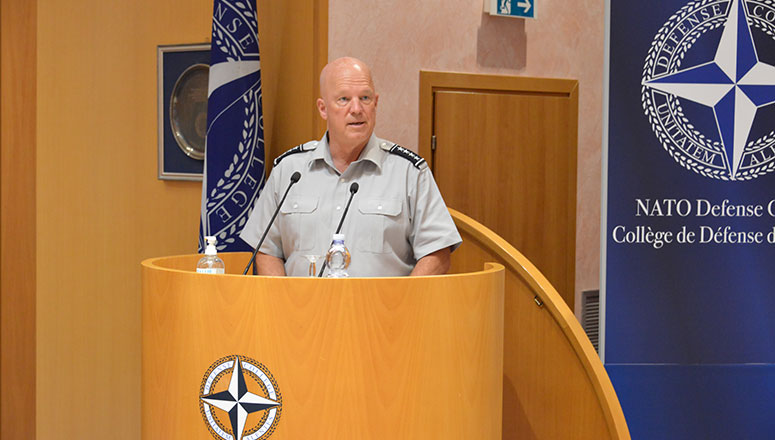 Upon arrival, General Raymond and the delegation were welcomed by the NDC Commandant, Lieutenant-General Olivier Rittimann, and the NDC Dean, Dr. Christopher M. Schnaubelt. General Raymond then signed the Guest Book.

General Raymond gave a speech in the Main Auditorium to the NDC leadership, NDC Faculty Advisors, NDC staff, and Course Members. During his speech, General Raymond talked about the current challenges to international order and security; the changing character of war; and space as an increasingly contested operational domain. He also highlighted the importance of deterrence and stressed that âspace will be a factor in any conflict humanity finds itself in. In response, we must be ready for conflict that may extend or begin in spaceâ. The speech was followed by a Q&A session.