This website uses cookies to ensure we can provide you with the best browsing experience.
x
NDC - News- Inauguration of the NDC-G5SDC General, Flag officer and Ambassadorsâ Course for Partners â Sahel

From 4 to 7 July 2022, the NATO Defense College (NDC) held for the very first time the General, Flag officer and Ambassadorsâ Course for Partners (GFOAC-P) â Sahel on the premises of the G5 Sahel Defense College (G5SDC) in Nouakchott, Mauritania. 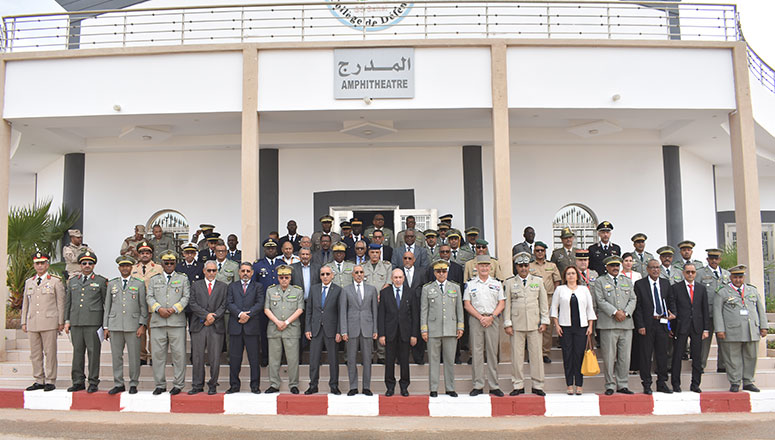 The GFOAC-P Sahel Course falls within the framework of the NDCâs overall effort to enhance and foster engagement with the G5SDC. It is part of a cooperation plan between the two Colleges that was outlined in September 2021 during a visit of the NDC Commandant, Lieutenant-General Olivier Rittimann, to the G5SDC. The plan for the first semester of 2022 comprises three phases: first, an exploratory mission in January 2022 to discuss the nature of the support NDC could provide to the future G5SDC Centre for Strategic Studies; second, a two-day NATO module that was delivered to the 4th graduating class of G5SDC in April 2022; and third, the GFOAC-P Sahel.

The Course provided the opportunity for high-level engagement under an academic framework, between NATO and G5 Sahel senior officials. It serves as the stepping stone of NDCâs support to the development of the future G5SDC Center of Strategic Studies.

The NDC delegation was led by the NDC Commandant, who delivered the opening lecture on NATO in the current security environment. The Course was inaugurated in the presence of an important Mauritanian political representation, including the Minister of Defense, the Minister of Foreign Affairs, and the Minister of Interior, as well as the G5SDC Director Brigadier General Brahim Vall Cheibani Cheikh Ahmed. The Course was concluded in the presence of Her Excellencies the Ambassadors of the United States and of Spain in Nouakchott.

The Course covered four overarching topics. The first topic was the evolution of the international security order, and the place and relevance of NATO in a multipolar world. The Course then addressed defense, deterrence and collective security with a focus on NATOâs core tasks and tools and, most importantly, on the confrontation between Europe and Russia and the war in Ukraine. The third topic looked at challenges beyond the Euro-Atlantic territory, with on the one hand the fight against terrorism and on the other hand, the implications of Chinaâs rising power. The fourth and final topic considered the centrality of innovation in new technologies, cyberwar and national security. Finally, Mr. Robert Dresen, from the Policy Planning Unit of the NATO HQ, personally delivered the last briefing on NATOâs strategic priorities after the Madrid 2022 Summit and highlighted the main elements of the new NATO Strategic Concept.