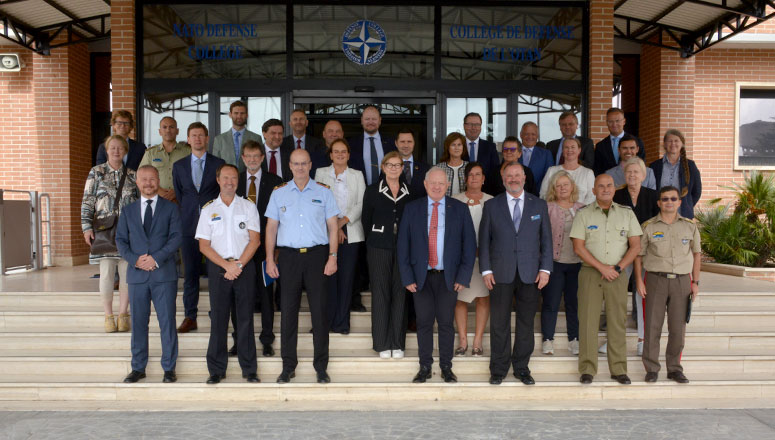 Upon arrival, AWATO and LGEN (Ret.) Arne BÃ¥rd Dalhaug were welcomed by the NDC Dean, Dr Christopher M. Schnaubelt, and signed the Guest Book. Afterwards, LGEN Dalhaug had an office call with the NDC Dean, which included a gift exchange.

In the afternoon, the Norwegian delegation were able to see the workings of the NDC first-hand, as they attended one of the Senior Course 141 lectures on âTechnology as a Driver of Change in the Global Contextâ in the NDC Main Auditorium, followed by a comprehensive briefing on the history, structure and main activities of the NDC and a Q&A session.

The Association of War Academy Trained Officers (AWATO) was founded in 1909. Its main purpose is to work for the advancement of its members with regard to pay and working conditions. AWATO strives to ensure that the Armed Forces can count on highly qualified, highly skilled and competitive personnel. The Association is composed of officers and civilians with higher degree education, bachelor or equivalent and higher, operating under the umbrella of The Federation of Norwegian Professional Associations (Akademikerne).