This website uses cookies to ensure we can provide you with the best browsing experience.
x
NDC - News- An ethical response to an unethical adversary

An ethical response to an unethical adversary 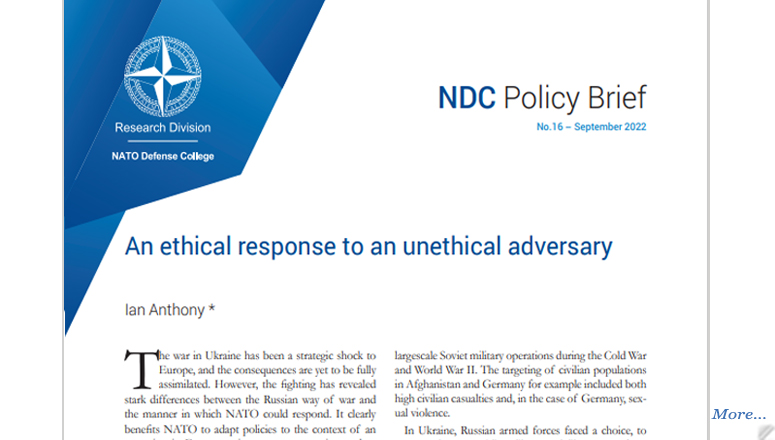 The war in Ukraine has been a strategic shock to Europe, and the consequences are yet to be fully assimilated. However, the fighting has revealed stark differences between the Russian way of war and the manner in which NATO could respond. It clearly benefits NATO to adapt policies to the context of an operation in Europe against a peer competitor and to ensure that it responds ethically even to an unethical adversary. This presents the Alliance with a new set of challenges that impact not only military plans but also NATOâs goals in the realm of human security as stipulated in the new Strategic Concept.1

Given developments in the Russia-Ukraine war to date, this Policy Brief identifies military and non-military areas in which NATO can reinforce an ethical response in defence and operational planning. The military dimension includes enhancing missile defence, unconventional warfare and responding to aggressive nuclear rethoric. Concerning non-military activities, NATO can target strategic communications, civil defence and accountability for war crimes to uphold human security.