This website uses cookies to ensure we can provide you with the best browsing experience.
x
NDC - News- The Canadian Permanent Representative to NATO visits the NATO Defense College

Ambassador David Angell, the Canadian Permanent Representative to NATO, paid a visit to the College on 9 November 2022, in order to gain a better understanding of what the NDC does and how it works. 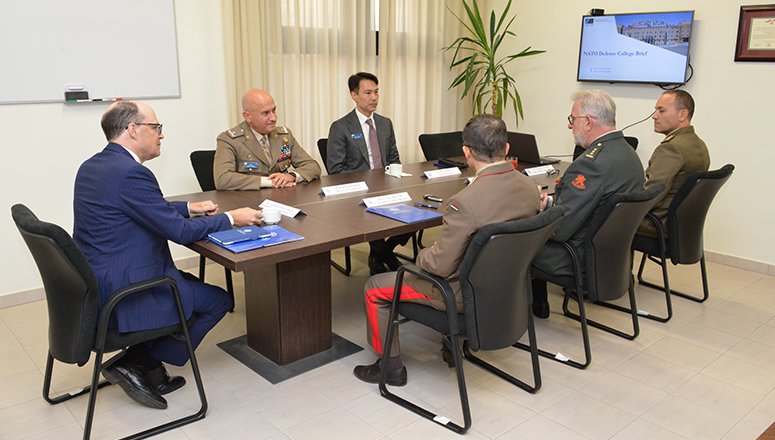 Upon arrival, the Ambassador was welcomed by Brigadier General Riccardo Brizi (ITA A), Director of Enablement (DoE), and Brigadier General Ferenc MolnÃ¡r (HUN A), Head of the Academic Operations Division (DAO), on behalf of the Commandant, Lieutenant-General Olivier Rittimann, who was not in the College that day.

After signing the Guest Book, Ambassador Angell and NDC officials attended a briefing delivered by BGEN MolnÃ¡r, who provided information on the history, structure and main activities of the College, with the support of division representatives also present in the room.

During the presentation, the Ambassador had the opportunity to ask many questions on specific points regarding the NDCâs organization and mission.

Before leaving, H.E. Angell warmly thanked the NATO Defense College and its staff for their valuable contribution to NATO as a whole.