This website uses cookies to ensure we can provide you with the best browsing experience.
x
NDC - News- SC 141 - Negotiations, Mediation and Decision-Making Exercise (NDMX)

From Monday 28 November to Friday 2 December, Senior Course 141 carried out its capstone exercise: the Negotiations, Mediation and Decision-Making Exercise (NMDX). 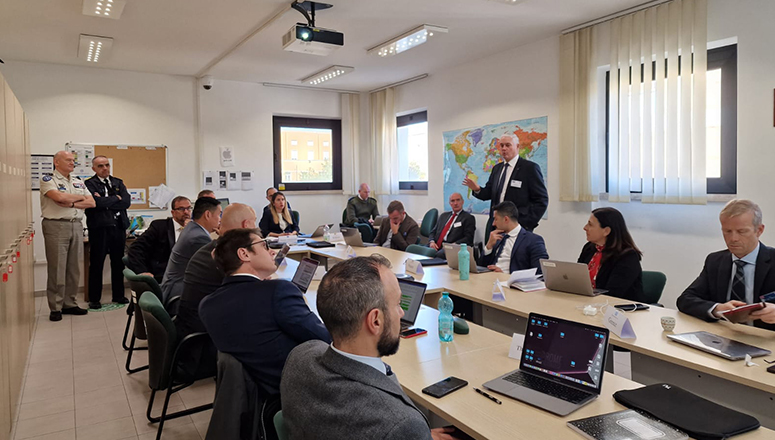 The NMDX is based on a generic and simulated scenario that aims to develop and to consolidate Course Membersâ (CMs) practical understanding of NATOâs Crisis Response Process (NCRP) and how the Alliance responds and operates in crisis management situations. The exercise allows CMs to implement their negotiation, mediation and decision-making techniques to reach consensus and to conduct multilateral negotiations by playing the roles of NATO officials and national representatives on Senior Committees, including the North Atlantic Council. Moreover, the scenario included a bridging operation with the UN, thereby requiring a comprehensive approach to promoting security and stability.

Throughout the week, Course Members developed strategic-level politico-military options that became the object of negotiation, mediation and decision by consensus. The end result was to produce a STRATCOM document. The exercise also included several sessions focused on media training, which involved drafting the Secretary Generalâs statement, and preparing the Secretary General and the Spokesperson for a press conference and Q&A. Time was also dedicated to feedback from the Senior Mentors.

The exercise was concluded by the NDC Commandant, Lieutenant-General Olivier Rittimann, who delivered closing remarks. Senior Mentors also presented their overall comments of the week, highlighting the relevance of the NMDX to better understanding how the Alliance makes decisions by consensus.