This website uses cookies to ensure we can provide you with the best browsing experience.
x
NDC - News- Visit of the British Ambassador to Italy and San Marino, H.E. the Right Honourable Lord Edward Llewellyn, OBE 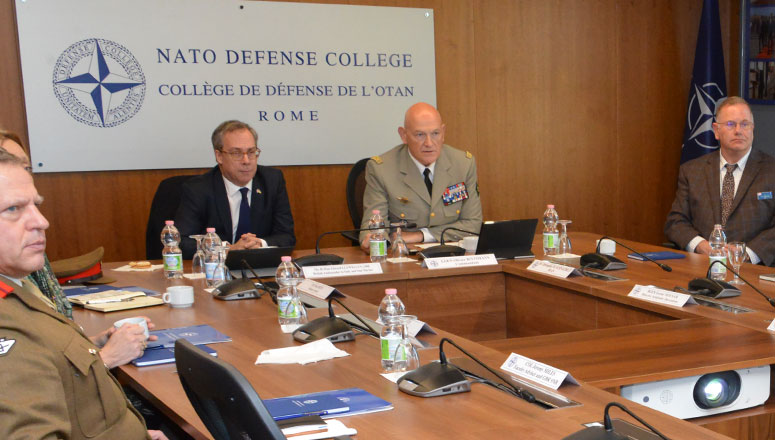 The aim of the visit was to gain deeper understanding of the NDC and NATO, in keeping with the Ambassadorâs expressed intention to visit and engage with NATO organizations in Italy.

Upon arrival, the Ambassador was welcomed by the NDC Commandant, Lieutenant-General Olivier Rittimann, and signed the Guest Book. Afterwards, the Ambassador had an Office Call with the NDC Commandant, followed by an NDC briefing and discussion in the Commandantâs Conference Room. The visitors took part in a lecture delivered by Dr Andrea Charron and Mr Svein Efjestad on âThe Northern Region Including the Arcticâ.