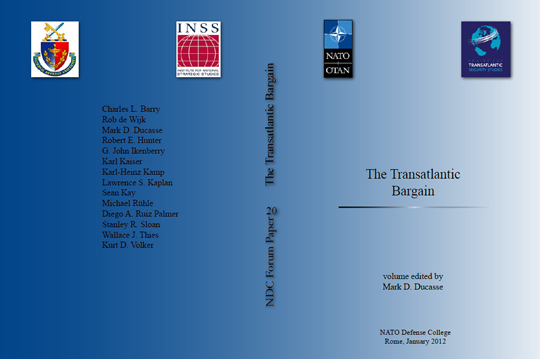 Since the speech of outgoing U.S. Secretary of Defense Robert Gates in June last year, the question of transatlantic burden sharing and NATO's cohesion is back on the agenda. The transatlantic relationship might be uncontested in its basics but it faces a host of challenges in todayâs security environment: insufficient military capabilities on the European side of the Atlantic, no fair share of duties and responsibilities for common security, or insufficient political will among many NATO partners to contribute to common operations. Some in Europe might add that there are also doubts over Washingtonâs future willingness to lead. Even NATOâs success in Libya cannot paper over the existing cracks within the Allianceâs transatlantic fabric with respect to common goals and common commitments.

What happened to the great concept of the "Transatlantic Bargain" - in short, the deal in which North America provided security for its European allies in return for their acceptance of American leadership - which held NATO together for many decades? Did it ever actually exist, or was it more an illusion suitable for heartwarming Sunday speeches but not for political realities? Is there a way to revitalize this bargain as a means to keeping the transatlantic link stable despite the fundamentally changed security requirements?

The NATO Defense College and the National Defense University in Washington D.C. brought together a number of renowned experts from both sides of the Atlantic to take on three aspects of this question:

Please find enclosed our joint publication, entitled "The Transatlantic Bargain", with contributions from 14 practitioners and academics to stimulate a debate which is long overdue: how to preserve a stable transatlantic security relationship in the 21st century?