This website uses cookies to ensure we can provide you with the best browsing experience.
x
NDC - News- Workshop on 'The NATO Mission in Afghanistan: Post-2014'

On 14 and 15 June 2012 the NATO Defense College hosted a Workshop on âThe NATO Mission in Afghanistan: Post-2014â, coordinated by NDC Dean Dr Richard D. HOOKER. The aim of the Workshop was to analyse and discuss the nature of the NATO mission in Afghanistan after 2014, in the light of two important documents adopted at the May 2012 Chicago Summit - the Declaration issued by the Heads of State and Government participating in the meeting of the North Atlantic Council in Chicago, and the Declaration on Afghanistan issued by the Heads of State and Government of Afghanistan and Nations contributing to the NATO-led International Security Assistance Force (ISAF). 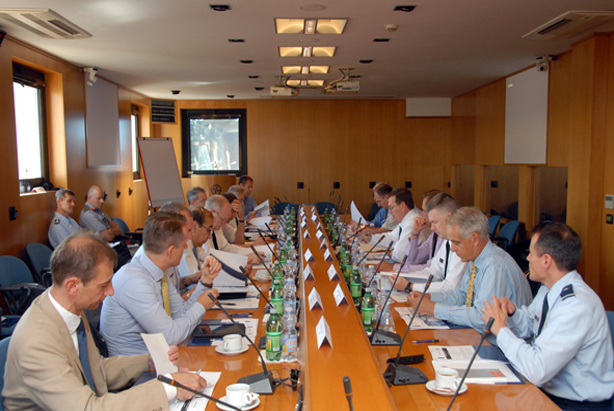 The two-day Workshop gave particular emphasis to the resources and capabilities needed to enable effective security and governance within Afghanistan as it takes the security lead. An end-of-conference report prepared by the Rapporteur will be disseminated to NATO bodies, and published as a NATO Defense College Paper.