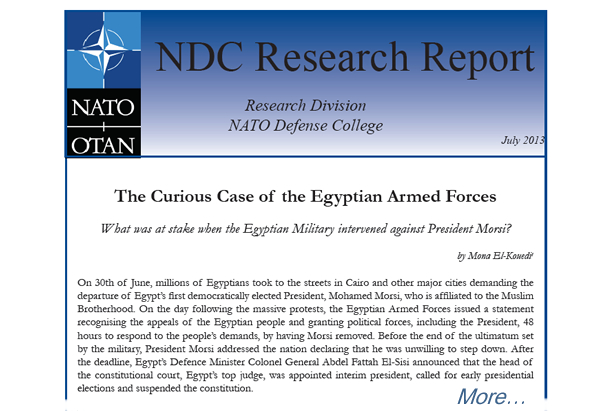 Egypt finds itself in a revolutionary situation in which the existing government has been forced to step down. Assessments from abroad differ: some argue that without the intervention of the Egyptian military, the country would have slipped into turmoil or even civil war. Others see in the most recent developments a classic example of a coup dâÃ©tat marking the end of Egyptâs nascent democracy.

NDC's latest report analyses the intentions of the Egyptian armed forces prior to removing president Morsi and discusses the challenges that await Egyptâs political and military leaders in the coming months.