This website uses cookies to ensure we can provide you with the best browsing experience.
x
NDC - News- New Research Division Publication: "NATO’s Very High Readiness Joint Task Force - Can the VJTF give new élan to the NATO Response Force?" 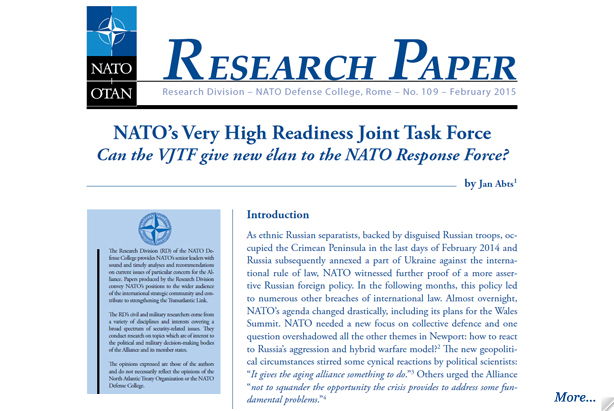