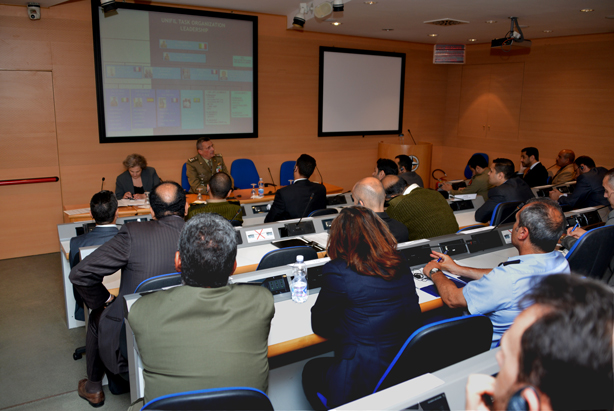 BrigGen Bettelliâs lecture, entitled âLebanon (and UNIFIL mission) Update: a Way Aheadâ, focussed on the current situation in the country and the United Nations Interim Force in Lebanon (UNIFIL). He explained the geography and demographics of Lebanon; taking into account its complex religious and political affiliations; key historical events; and the structure, organization and mission of UNIFIL.

The subsequent Q&A session provided an opportunity for discussion and dialogue.

Brigadier General Antonio Bettelli was born on 31st December 1961 in Modena. In 1981, he joined the Army attending the 163rd Class of the Military Academy. In 1983, he was commissioned and attended the School of Military Sciences in Turin, obtaining his Masterâs degree in Strategic Sciences. BrigGen Bettelli has served in Iraq. He was the 7th Commander of the Airmobile Brigade âFriuliâ, which was deployed to Lebanon in 2012 and responsible for UNIFIL Sector West. On 10th September 2014, Brigadier General Antonio BETTELLI became the Commander of the Italian Army Aviation.