This website uses cookies to ensure we can provide you with the best browsing experience.
x
NDC - News- New Research Division Publication: "Russia's 2014 Military Doctrine and beyond: threat perceptions, capabilities and ambitions" 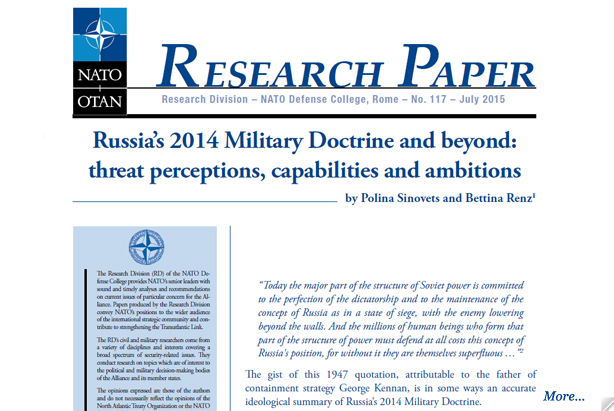