On Wednesday 13 October 2015, the NATO Regional Cooperation Course (NRCC-14) delegation led by the Head of the Middle East Faculty, Colonel Giuseppe Morabito (ITA A), visited Universitaâ Telematica âPegasoâ in Naples to attend a workshop entitled âMigration across the Mediterranean Seaâ. 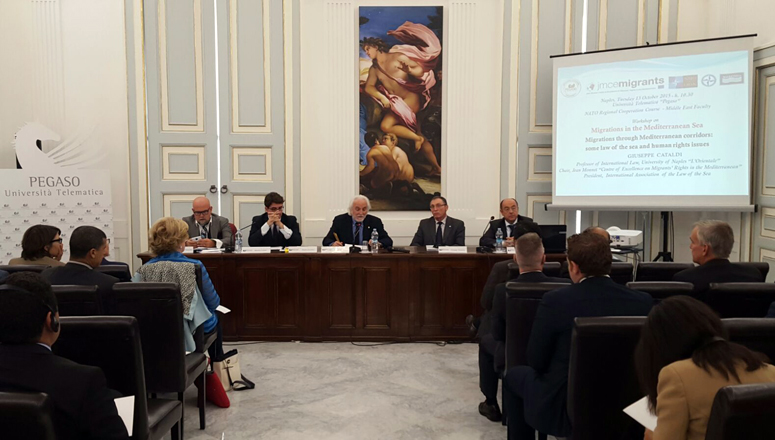 The delegation was warmly welcomed in Naples by the President of Pegaso University Danilo Lervolino and by the Rector Alessandro Bianchi.

The workshop dealt with the law of the sea and the issue of human rights in view of current concerns about migrants crossing the Mediterranean. An address to participants was delivered by Giuseppe Cataldi, Professor of International Law at the University of Naples âLâOrientaleâ and Director of the Jean Monnet Centre of Excellence on Migrantsâ Rights in the Mediterranean. The speech was followed by a debate moderated by Michele Corleto, Researcher in International Law at the Pegaso University, during which the NRCC delegation had an opportunity to ask stimulating questions. The dayâs discussions concluded with some final remarks from Francesco Fimmanoâ, Scientific Director of Pegaso University.