Field Study 3 started Tuesday 8 December, by a flight initially scheduled for Sarajevo but diverted to Mostar because of weather conditions in the capital of Bosnia and Herzegovina. 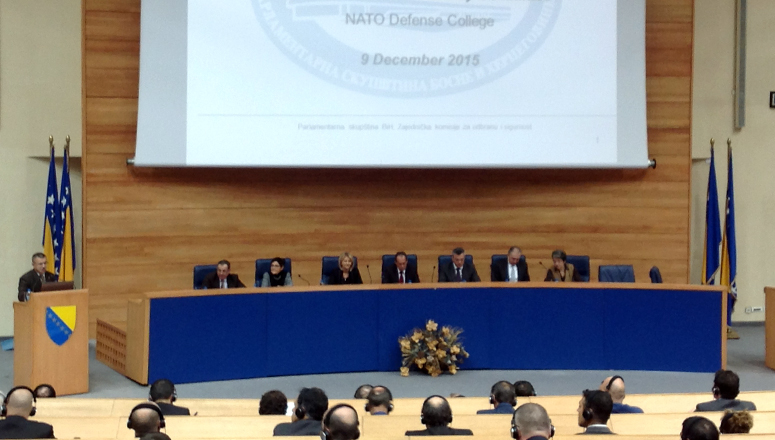 After a cultural visit to Mostar, mainly focusing on the cultural differences between the three main population groups now living in peace in the country, the Senior Course joined Sarajevo by bus.

Initial briefings and the following question and answer session were a good opportunity for Course Members to understand the defense and security policy of this Partner country, whose priority is to join the European Union and NATO.

A second session was then organized at the hotel with representatives of the Armed Forces, going more into detail about the organization of the military â including the rules of distribution of top positions between the groups of population. The BiH contribution to international peacekeeping missions was also explained. As a conclusion, it was stated that Bosnia and Herzegovina is willing to maintain the level of contribution to NATO peace support operations, while expanding its contribution to UN peacekeeping operations and exploring the possibility of participation in EU-led operations.

After a short visit to Sarajevo, where you can find a church, a mosque and a synagogue all within walking distance, the Senior Course attended a reception hosted by the Operational Commander Major General Dragan Vukovic.