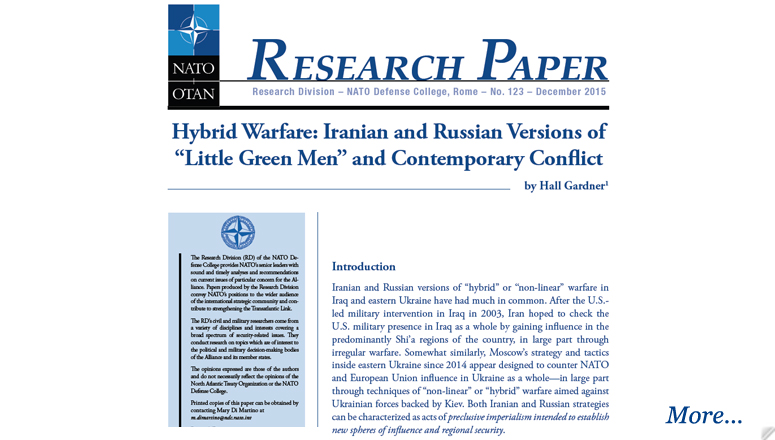 Dear Reader,
Iran and Russian versions of "hybrid" or "non-linear" warfare in Iraq and eastern Ukraine have had much in common. Professor Hall Gardner, in his latest analyses published by the NATO Defense College, states that both Iranian and Russian strategies can be characterized as acts of preclusive imperialism intended to establish new spheres of influence and regional security. Both states have begun to rely on the use of special forces, irregular militias and "little green men" in the context of "non-linear" or "hybrid" warfare.

While showing that the tactics of anti-state militias, as developed in large part by Iran, are increasingly being adopted by Russia as well, this essay also raises the question as to whether the illicit nature of "hybrid" warfare could actually inhibit the process of diplomatic compromise and make the possibilities of war between major powers more likely.