This website uses cookies to ensure we can provide you with the best browsing experience.
x
NDC - News- New Research Division Publication -
The Framework Nations' Concept and NATO: Game-Changer for a New Strategic Era or Missed Opportunity? 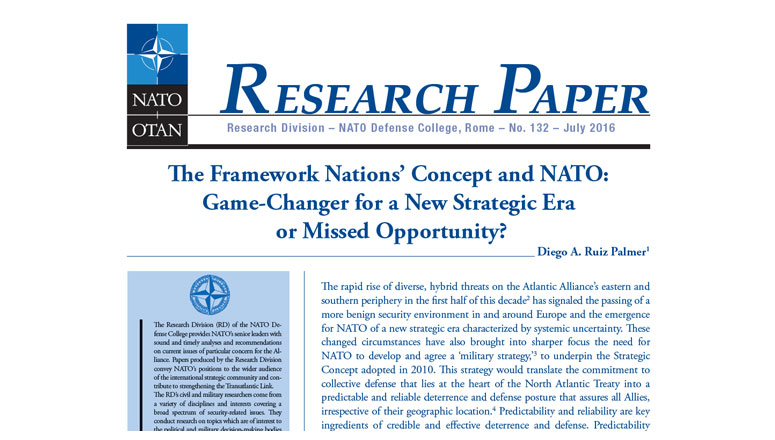