Dr. Thomas G. Mahnken is President and Chief Executive Officer of the Center for Strategic and Budgetary Assessments. 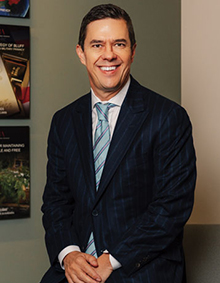 He is a Senior Research Professor at the Philip Merrill Center for Strategic Studies at The Johns Hopkins Universityâs Paul H. Nitze School of Advanced International Studies (SAIS).

He currently serves as a member of the Congressionally-mandated National Defense Strategy Commission and as a member of the Board of Visitors of Marine Corps University. His previous government career includes service as Deputy Assistant Secretary of Defense for Policy Planning from 2006â2009, where he helped craft the 2006 Quadrennial Defense Review and 2008 National Defense Strategy. He served on the staff of the 2014 National Defense Panel, 2010 Quadrennial Defense Review Independent Panel, and the Commission on the Intelligence Capabilities of the United States Regarding Weapons of Mass Destruction. He served in the Defense Departmentâs Office of Net Assessment and as a member of the Gulf War Air Power Survey. He served for 24 years as an officer in the U.S. Navy Reserve, to include tours in Iraq and Kosovo.

In 2009 he was awarded the Secretary of Defense Medal for Outstanding Public Service and in 2016 the Department of the Navy Superior Civilian Service Medal.