This website uses cookies to ensure we can provide you with the best browsing experience.
x
NDC - Organization NDC Web site - Organization Researcher

Colonel Ian Hope has 36 years of service in uniform, involving 18 years in leadership roles with airborne and mechanized infantry battalions. His operational experiences include the first Gulf War, multiple tours in the Balkans, Africa, and Afghanistan, and domestic operations. 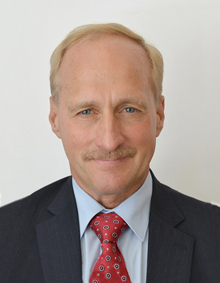 He has also served as Canadian Army Exchange Officer to the Parachute Regiment (UK), and on different assignments as the Canadian Forces Liaison Officer to United States European Command (2001-2), Central Command (2006-7), and Africa Command (2013-15), earning the US Joint and Army Commendation Medals.

He has served on the faculty of the U.S. Army War College and worked as associate professor at the Royal Military College of Canada. He has a Bachelor of History (Honours) from Acadia University, a Masters of Military Arts and Science, a Masters of Strategic Studies, and a PhD in History from Queenâs University.

He is the author of A Scientific Way of War (2015), Dancing with the Dushman (2008), Unity of Command in Afghanistan: A Forsaken Principle of War (2007), three monographs and a dozen articles and chapters on military history and strategic studies.

Colonel Hope is now serving on faculty at the NATO Defense College in Rome.