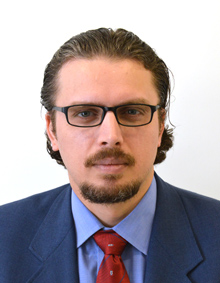 Ion A. Iftimie is the Eisenhower PhD Fellow at the NATO Defense College in Rome, Italy and a Doctoral Candidate (ABD) in Energy Security at the Central European University in Vienna, Austria. He is also a Senior Advisor for the European Union Research Center at the George Washington University School of Business in Washington, D.C. , an active participant in the System Analysis and Studies (SAS) of the NATO Science & Technology Organization in Paris, France, and the Cyber Security Forum Initiative Fellow for Romanian-American Relations.

Ion has over one decade serving as a senior military officer for the United States Department of Defense (DoD) and the Intelligence Community (USIC), where he was awarded the Defense Meritorious Service Medal for creating âan intelligence community publicly available information strategy for analysts to predict and attribute network exploitations against the Department of Defense Information Networks.â He holds a Bachelor of Business Administration in International Business from the George Washington University in Washington D.C., a Master of Arts (M.A.) in Strategic Security from the National Defense University in Washington D.C., and an M.A. in International Security from the Bundeswehr University in Munich, Germany. He is also a graduate of the Harvard Kennedy School Executive Program in Technology Policies and of the Senior Course on Security Policy in Europe at the Swedish Defense University.

His research interests revolve around emerging technologies and cyber-related topics within national or regional contexts. This includes, but not limited to, understanding the cyber threats to critical energy infrastructures and promoting responsible state behavior in cyberspace.