edited by Brooke A. Smith-Windsor. 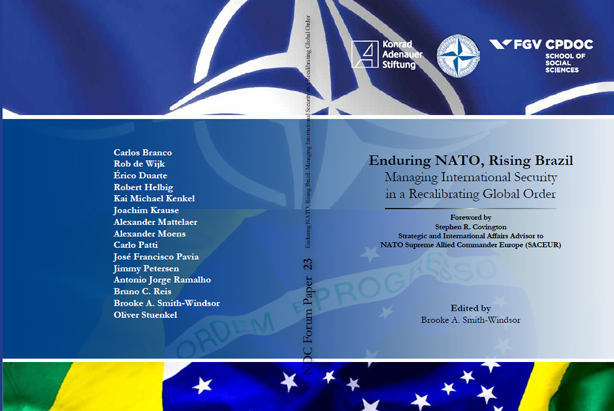 While NATOâs interaction with the BRICS nations has necessarily focussed on neighbouring Russia, the Alliance has increasingly encountered the other emergent world powers on questions of international peace and security. Indiaâs and Chinaâs contributions of naval assets to the international counter-piracy mission off the coast of Somalia, and South Africaâs hosting of the NATO-led Submarine Escape and Rescue Working Group, are cases in point. Among the five BRICS countries, however, a relationship with South Americaâs regional power, Brazil, has been one of the slowest to develop. This first-ever volume on NATO-Brazil relations, written by a group of Euro-Atlantic and Brazilian International Relations scholars and edited by a senior member of our Research Division, helps to explain why. By the same token, it offers the rationale for enhanced Brazil-NATO engagement on a host of defence and security issues of common concern in the years to come. With the seventh largest economy in the world, and its leadership of the UN Stabilization Mission in Haiti (MINUSTAH) and the Maritime Task Force of the UN Interim Force in Lebanon (UNIFIL), Brazil mattersâand it matters to NATO. It therefore comes as no surprise that, in describing this latest book, SACEURâs Strategic and International Affairs Advisor declares: âThe Brazil-NATO partnership journey that has been inaugurated here is an exciting development reminiscent of the engagements conducted between NATO and East European nations after the end of the Cold War.â