New Research Division Publication: The Transnistrian Conflict in the Context of the Ukrainian Crisis 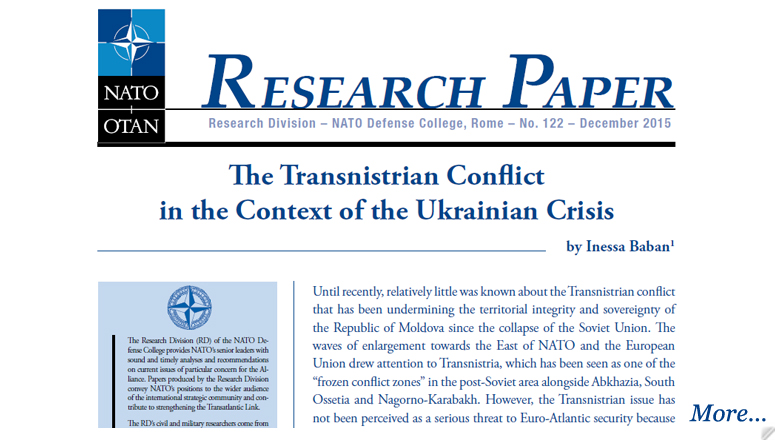 Dear Reader,
The waves of enlargement towards the east of NATO and the European Union drew attention to Transnistria, which has been seen as one of the âfrozen conflict zonesâ in the post-Soviet area, alongside Abkhazia, South Ossetia and Nagorno-Karabakh.

The August 2008 war in Georgia and the 2014 Ukraine have provided ample grounds for raising the Transnistrian question as a source of serious concern for the Euro-Atlantic community. In the wake of Russiaâs illegal annexation of Crimea and the eruption of military hostilities in Eastern Ukraine, NATO officials expressed their concerns about the security risks in the breakway region of Transnistria. The latest Research Paper by the NDC Research Division responds to the critical need to understand the Transnistrian question in the context of the recent turbulence in Ukraine, through an analysis of the unsettled conflict in Transnistria from a geopolitical perspective. The paper explores the role that external actors play in the issue and, more specifically, the involvement of Russia.