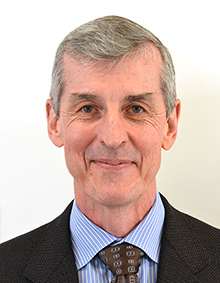 Dr Howard Coombs is the first Mobilising Insights in Defense and Security Program (MINDS) Fellow at the NATO Defense College in Rome, Italy.

This fellowship aims at facilitating collaboration and mobilize knowledge between the Department of National Defence (DND) of Canada, the Canadian Armed Forces (CAF) and academia and other experts on defense and security (D&S) issues.

He has retired from full-time duty with the Canadian Armed Forces in 2003 and transferred to the Canadian Army Reserve, where he continues to serve on a part-time basis. He is currently assigned to the staff of the Chief of Reserves, in Ottawa, as a Strategic Advisor. Coombs is a graduate of the Canadian Forces Staff School, Canadian Land Force Command and Staff College, United States Army Command and General Staff College, and the US Army School of Advanced Military Studies, which awarded his Master's degree. Coombs received his PhD in military history from Queenâs University in Kingston, Ontario and is the Associate Chair War Studies Program of the Royal Military College of Canada.

Coombs has operational deployments to the former Yugoslavia and Afghanistan as a military officer on regular and reserve duty. In addition, he deployed with Joint Task Force Afghanistan from September 2010 to July 2011 as a civilian advisor to the Task Force Commander. He has been awarded both the Canadian Forces Medallion for Distinguished Service and the Order of Military Merit. His research interests are Canadian professional military education, in addition to Canadian military operations and training since 1946.