This website uses cookies to ensure we can provide you with the best browsing experience.
x
NDC - News- New RD Publication - Turkeyâs military policy in Syria: implications for NATO 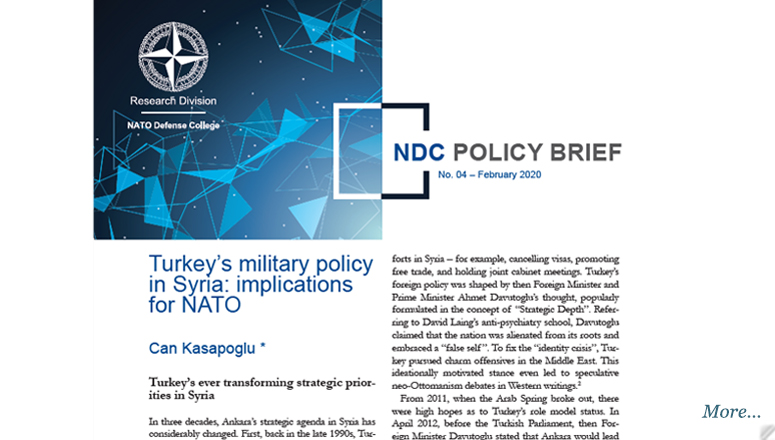 In three decades, Ankaraâs strategic agenda in Syria has considerably changed. First, back in the late 1990s, Turkeyâs primary goal was to put an end to the Hafez al-Assad regimeâs use of the PKK terrorist organization as a proxy. To address the threat at its source, Ankara resorted to a skillfully crafted coercive diplomacy, backed by the Turkish Armed Forces. A determined approach â championed by Turkeyâs late president Suleyman Demirel â formed the epicenter of this policy: it was coupled with adept use of alliances, in particular the Turkish-Israeli strategic partnership. In October 1998, Syria, a troublesome state sponsor of terrorism as designated by the US Department of State since 19791, gave in. The Baath regime ceased providing safe haven to Abdullah Ocalan, the PKKâs founder who claimed thousands of lives in Turkey. The same year, Damascus signed the Adana Agreement with Ankara, vowing to stop supporting terrorist groups targeting Turkey.

* (back) Director of the security and defense programme of the Istanbul-based think-tank EDAM, and Research Fellow at the German Institute for International and Security Affairs (SWP), Centre for Applied Turkey Studies (CATS).