This website uses cookies to ensure we can provide you with the best browsing experience.
x
NDC - News- The NATO Defense College and the International Institute for Strategic Studies convene the first NATO-Gulf Strategic Dialogue in Manama

On May 28, the first edition of the NATO Gulf Strategic Dialogue, sponsored by the NATO Defense College and organized by the International Institute for Strategic Studies (IISS), took place in Manama, Bahrain. Forty-five decision-makers and experts from governments, international organizations and think tanks participated in the event, to discuss issues of key interest to NATO and its regional partners. 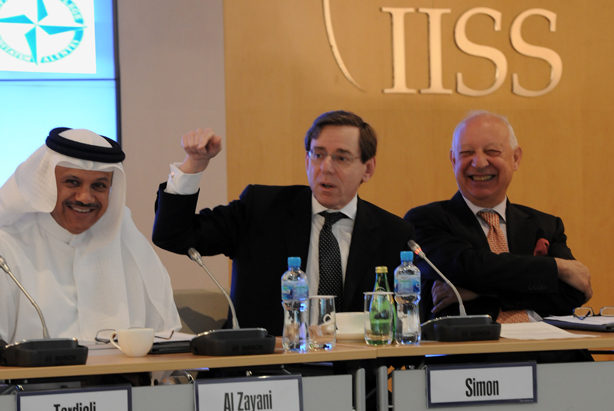 The seminar was designed to fit the Track II diplomacy model, which aims to build a community of stakeholders across NATO and the Gulf Cooperation Council (GCC), and foster discussions to promote greater awareness of NATOâs interests and its commitment to Gulf security. This strategic dialogue refocuses partnerships on three key security issues: maritime security, cooperation in regional defence and the future of NATO in the region.

Ambassador Alessandro Minuto Rizzo, former Deputy Secretary General of NATO, and Dr Abdullatif Bin Rashid Al Zayani, Secretary General of the GCC delivered the opening remarks. The last roundtable session looked at the future of NATO in the region, with presentations given by Dr Rolf Schwarz, Political Officer for the Political Affairs and Security Policy Division at NATO Headquarters, and Dr. Jean-Loup Samaan, Researcher at the Middle East Faculty of the NATO Defense College. Specifically, the roundtable led to an in-depth exchange on future drivers of NATOâs engagement with the region, such as NATOâs strategic position following the withdrawal of its forces from Afghanistan, the Gulfâs changing security architecture and common security challenges facing the Alliance and its partners. The concluding address was then delivered by Ambassador Francesca Tardioli, Deputy Assistant Secretary General for Planning in the Operations Division at NATO.

Set against the academic background of the IISS, this first edition of the NATO-Gulf Strategic Dialogue smoothed the way towards open discussions between NATO and its Gulf partners on issues of common interest relating to international security. Building on this success, the Middle East Faculty of the NATO Defense College will convene these meetings on an annual basis in order to facilitate the shaping of a strategic agenda between NATO and its partners in the region.