The NDC Hosts a Cyber and Energy Security Roundtable

On 23 March, 2017 the NATO Defense College hosted a Cyber and Energy Security Roundtable entitled âThe role of NATOâs armed forces in providing cyber security to critical infrastructureâ. The event brought together a number of experts to discuss the appropriate roles, missions and functions for armed forces in supporting efforts to secure energy, financial industry and transportation industry infrastructure from cyber-attacks. The objective of the roundtable was to determine what types of support are consistent with legal norms, as well as what actions are inappropriate. 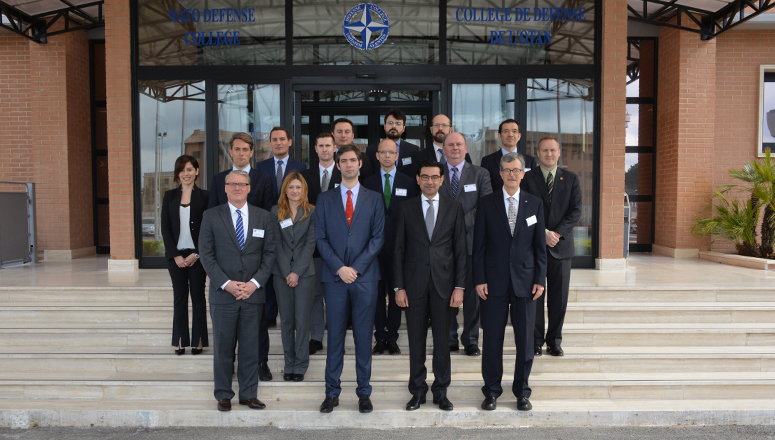 Military forces are being increasingly asked to assist in providing for the cyber security of certain sectors of critical national infrastructure, the energy sector in particular. Given the increase in military dependency on civilian infrastructure and in the vulnerability of national infrastructure to disruption, the roundtable examined a number of issues that decision-makers should acknowledge when considering whether to employ armed forces in support to civil authority.

Representatives of the US Department of Defense, SHAPE, the NATO Energy Security Centre of Excellence, the Italian energy sector, multiple think tanks and institutes in Europe, and several members of the NDC faculty joined the roundtable. The programme included briefings in the morning on the strengths and vulnerabilities of energy infrastructure, and on the role of armed forces in contributing to cyber security. The afternoon session was dedicated to discussion, largely focusing on whether the military should secure energy cyber systems: under which legal framework, undertaking which risks, and at what costs. Participants also answered a number of questions considering the appropriateness of the task, the readiness of armed forces to engage in it, and the role envisioned for NATO and the EU.