New Research Division Publication -
NATO in the Black Sea: What to Expect Next? 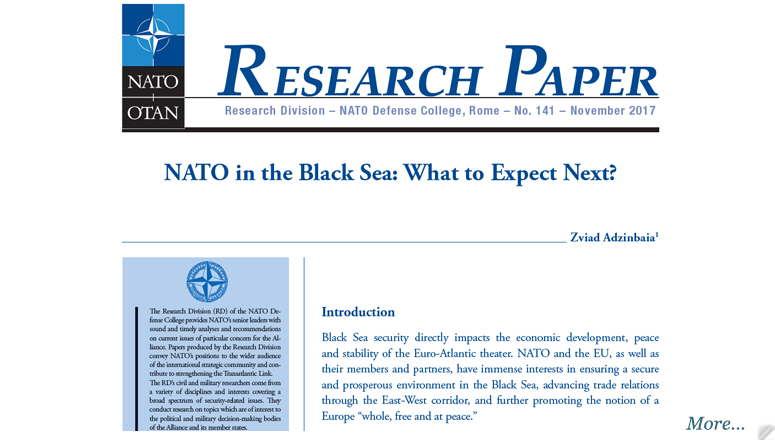 The latest research paper by the Research Division is a reflection of Russiaâs dramatic military moves in the Black Sea, especially after its annexation of Crimea in 2014. By being a belligerent actor toward NATO, Russia is attempting to outmaneuver the Alliance and its regional allies and effectively turn the Black Sea from an area of economic cooperation and mutual benefits into its âzone of privileged interests.â

The objective of this work is not to convince the Alliance to play a zero-sum game with Moscow that would arguably lead to unreasonable escalation. Rather, this paper aims to reinforce NATOâs ability to change Moscowâs aggressive behavior toward its regional members and allies as well as create opportunities for increased security, stability and the prospects of long-term prosperity in the Black Sea region and beyond.

We are pleased to offer this perspective on a vital region of NATOâs southeastern flank by a young research fellow from the Fletcher School of Law and Diplomacy at Tufts University. Zviad spent his MA internship with us in Rome during the summer of 2017. We are happy with his work, and wish him all the best in his continuing education.