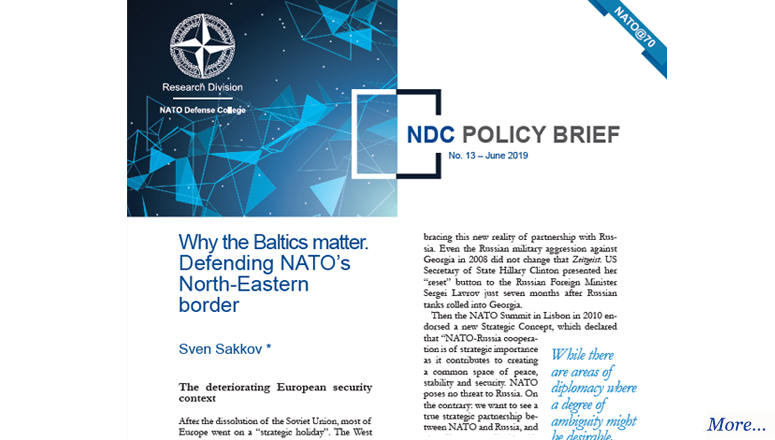 After the dissolution of the Soviet Union, most of Europe went on a âstrategic holidayâ. The West had won and the future was bright. Even the fact that at its weakest the Russian Federation was still able to create frozen conflicts at its borders did not dent this optimism. Defence spending in Europe was plummeting throughout the 1990s, and all the way to 2014. NATOâs prevailing paradigm changed from being a collective defence organisation more to something of a collective security actor, with many main missions and a plethora of partnerships.

After the shock of 9/11, the Alliance focused on counter-insurgency operations in Afghanistan. Military capabilities required to fight a modern near-peer adversary atrophied even further. In this context, some Allies did not take their eyes off Russia – primarily Poland and the Baltic States. Yet they were perceived by major Western Allies as nuisances requiring psychological counselling, as countries who had been traumatised by their harsh history and hence had become incapable of embracing this new reality of partnership with Russia. Even the Russian military aggression against Georgia in 2008 did not change that Zeitgeist. US Secretary of State Hillary Clinton presented her “reset” button to the Russian Foreign Minister Sergei Lavrov just seven months after Russian tanks rolled into Georgia.

*(back) Director of the International Centre for Defence and Security, Tallinn, Estonia.