This website uses cookies to ensure we can provide you with the best browsing experience.
x
NDC - News- NATO and human security 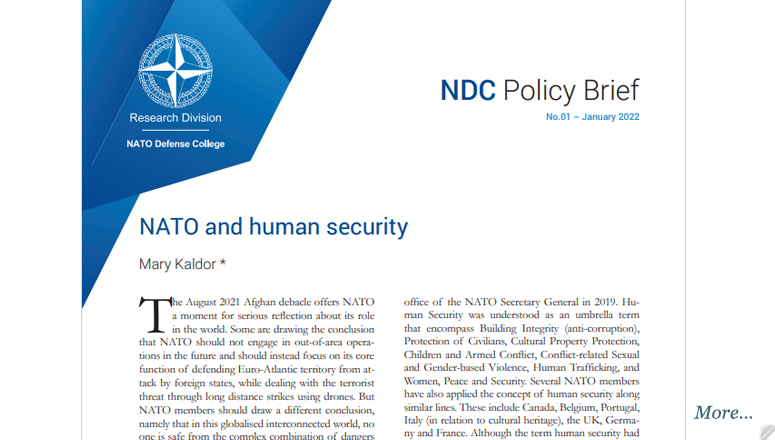 The August 2021 Afghan debacle offers NATO a moment for serious reflection about its role in the world. Some are drawing the conclusion that NATO should not engage in out-of-area operations in the future and should instead focus on its core function of defending Euro-Atlantic territory from attack by foreign states, while dealing with the terrorist threat through long distance strikes using drones. But NATO members should draw a different conclusion, namely that in this globalised interconnected world, no one is safe from the complex combination of dangers that include war and violence, climate disasters, forced migration, pandemics or extreme poverty. It is no longer possible, if it ever was, to insulate one part of the world from what happens elsewhere. What is needed is not retrenchment but rethinking and redirecting of NATOâs role.

* (back) Professor Emeritus of Global Governance and Director of the Conflict Research Programme at the London School of Economics and Political Science.