This website uses cookies to ensure we can provide you with the best browsing experience.
x
NDC - News- Rethinking NATO engagement in the Western Balkans 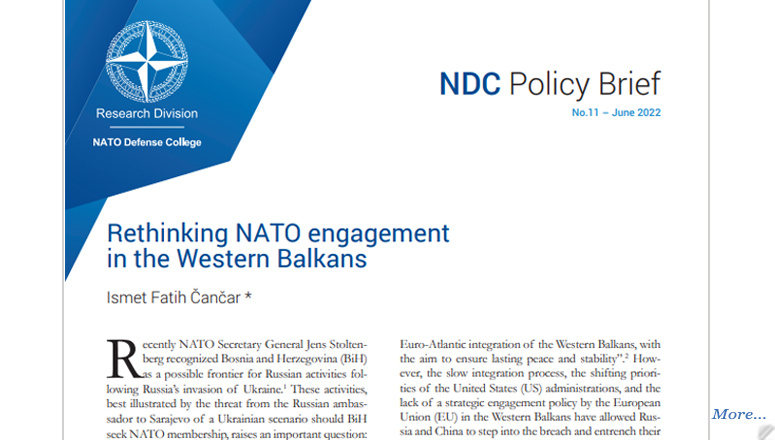 Recently NATO Secretary General Jens Stoltenberg recognized Bosnia and Herzegovina (BiH) as a possible frontier for Russian activities following Russiaâs invasion of Ukraine.1 These activities, best illustrated by the threat from the Russian ambassador to Sarajevo of a Ukrainian scenario should BiH seek NATO membership, raises an important question: why is BiH of particular importance to the Euro-Atlantic Alliance? First, the Western Balkans is unfinished business for NATO and for countries in the region that have recognized NATO integration as a strategic goal. Second, other actors, primarily Russia and China, have established interests that compete with NATOâs engagement in the Western Balkans. Third, the interests of these external actors undermine Euro-Atlantic security on the eastern flank. As a result, there are benefits for NATO in increasing cooperation with BiH and the Western Balkans in order to prevent the possible return of conflict to the region.

* (back) Partnership for Peace Fellow at the NATO Defense College from March to July 2022.
1 (back) âPress conference by NATO Secretary General Jens Stoltenberg previewing the extraordinary Summit of NATO Heads of State and Governmentâ, NATO Press Release, 23 March 2022.