This website uses cookies to ensure we can provide you with the best browsing experience.
x
NDC - News- NATO Alliesâ geopolitical diversity and the cohesion of the Alliance

NATO Alliesâ geopolitical diversity and the cohesion of the Alliance 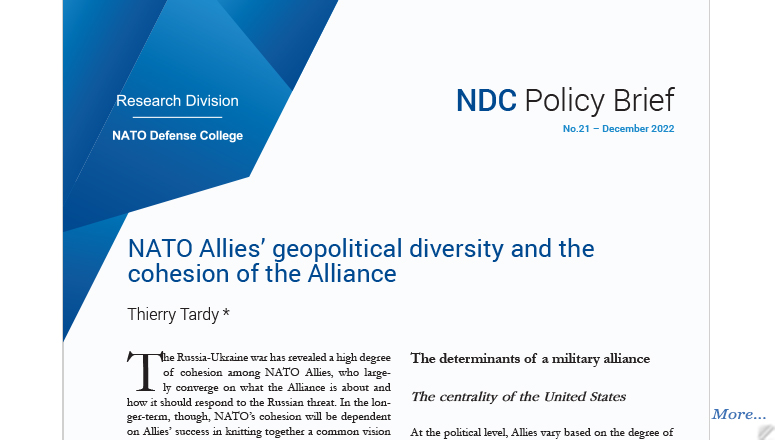 The Russia-Ukraine war has revealed a high degree of cohesion among NATO Allies, who largely converge on what the Alliance is about and how it should respond to the Russian threat. In the longer-term, though, NATOâs cohesion will be dependent on Alliesâ success in knitting together a common vision from their varying strategic cultures and threat assessments. And indeed, from the United Statesâ global reach and first-class military to Franceâs strategic autonomy imperative and the UKâs renewed ambition for âGlobal Britainâ; from the Baltic statesâ and Polandâs geographical proximity to Russia, to Italyâs and Spainâs regional southern focus; and from TÃ¼rkiyeâs special defence and foreign policy posture to Germanyâs Zeitenwende, the Atlantic Alliance brings together a wide range of geopolitical diversity.

* (back) Director of the NDC Research Division.